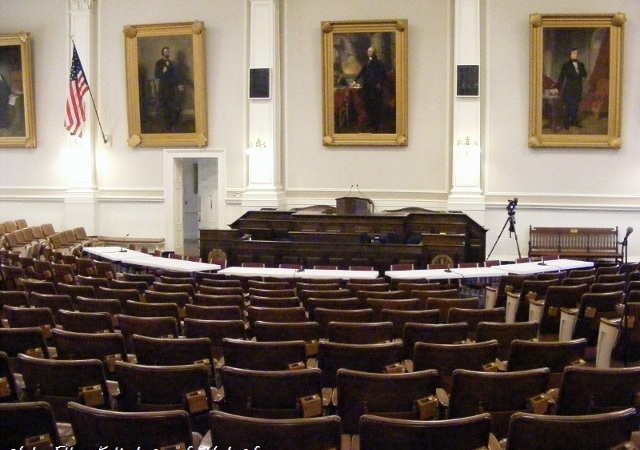 Spare a moment and a prayer for the political types, please and thank you. I’m one of them.

The bitter election-year exchanges on every platform are part of my daily life. Whether on television on online, shutting them down altogether is not an option, appealing though it may be. Politics is part of my vocation. Times like these, I’m tempted to wish it were otherwise.

This is a plague-on-both-your-houses year. I am reading  C.S. Lewis’s  Mere Christianity this month, and something he wrote in there captures my attitude.

I feel a strong desire to tell you – and I expect you feel a strong desire to tell me – which of these two errors is the worse. That is the devil getting at us. He always sends errors into the world in pairs – pairs of opposites. And he always encourages us to spend a lot of time thinking which is the worse. You see why, of course? He relies on your extra dislike of the one error to draw you gradually into the opposite one. But do not let us be fooled. We have to keep our eyes on the goal and go straight through between both errors. We have no other concern than that with either of them.

Providence was at work when I pulled that book off the shelf days ago.

We have to keep our eyes on the goal – the absolute goal of eternity in the Kingdom of God. Few things are harder for me to do. In politics, the goal is the next vote or the next election. In the greater scheme of things, in the Kingdom, the goal is something different.

I lose sight of that sometimes as a veteran campaign staffer, pro-life lobbyist, and policy blogger. Urgency inheres in those occupations: this vote, this minute, this interview, this crisis, leading up to a defined point: a specific vote or a specific election. Votes and elections are important, but they’re not final.

Even when I’m not consulting with a campaign – and I’m not this year, thank God – I keep a sharp eye on candidates whose success matters to me. If a candidate is underperforming, I tend to mutter things like where the hell is your ground game? There’s that urgency again: how many voters have you met? how many doors have you knocked on? How many phone calls have you made?

The all-consuming urgency sucks up all the spiritual oxygen, even before the last debates and ads go on the air. No wonder discourse turns nasty, discouragement hits hard, and I keep finding new ways to find fault with candidates and their supporters.

Politics is part of my vocation even as it tends to pull me away from the Source of that vocation. Counteracting that pull requires more than an act of will. It takes the grace and mercy of God, over and over, beyond anything I deserve.  I’m a needy child of God. I squander those gifts of grace and mercy, and He keeps offering them anew, often in little ways.

There’s the Mass, of course. The Sacrifice, the gift of the Eucharist, is priceless. It’s also the best way to poke a finger in the figurative eye of a savage campaign season.

I’m blessed to be part of a parish where Morning Prayer from the Liturgy of the Hours is recited. I’m resorting to it frequently. One should never open a politically-centered Facebook feed without praying first. I’ve learned that the hard way.

More grace comes from bishops who take faithful Catholic citizenship seriously and do what they can to keep me mindful of the long view. A friend in a neighboring state sent me an example via Facebook just a few minutes ago. She shared with me a letter from her bishop about this year’s election. His closing paragraph is balm for my agitated spirit.

My final encouragement is to be people of “Good News,” doing and saying only the good things that men and women need to hear, things that will lift them up. There is already too much anger, vitriol, and incivility in our culture today. We do not need to add to it but instead apply a cure: kindness, charity, and mutual respect for each other as brothers and sisters created in the image of God. (Bishop Christopher J. Coyne, Diocese of Burlington)

You’re a channel of grace every time you speak or post about an election without resorting to invective. You’re ministering to me and who knows how many others when you bring charity and discernment to your political communications. I’ll never stop needing good examples.

A prominent Christian commentator recently warned about “merely” praying during election season, as though prayer were somehow keeping us from our real tasks. I take issue with that. There’s nothing “mere” about calling on the Lord for healing and wisdom, or about upholding one another in prayer in challenging times.

There are no saviors on the ballot. The right to life, among other things, is in for more rough treatment in our country, regardless of the election’s outcome. How I meet that challenge is going to depend on grace. That means prayer, and I’m asking for yours as I fumble my way through my earthly vocation. No fair leaving political creatures to their own devices in thorny times like these.

I'm a writer based in New Hampshire. I blog about my Catholic faith, New Hampshire pro-life issues, and hiking in the Granite State.